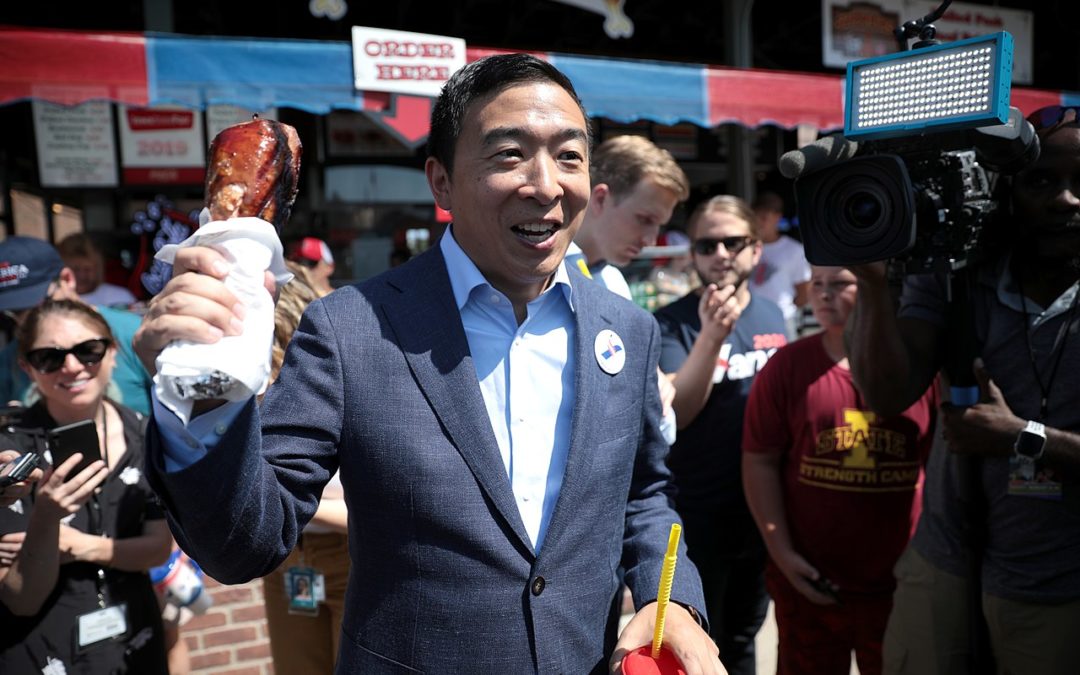 First past the post elections in which two major parties control ballot access limit people’s choices. Ranking the candidates in order of your preference allows you to vote your conscience and still have a say, even if your first choice doesn’t win. Andrew Yang supported this idea in 2020, and now is the time for him to renew his support in the general election.

San Francisco has used Ranked Choice Voting since 2002, allowing the people to have a greater say in their elections.  The people of New York deserve the same voice.

“Ranked Choice Voting allows candidates to accurately judge the will of their constituents and removes the “wasted vote” conundrum. It allows more choice, without fear. We can vote FOR who we want, not AGAINST who we fear.”

Opponents claim it is too complicated, takes too long, and creates too much dissatisfaction. But most innovative ideas require time and testing, and Larry Sharpe says the right to vote your conscience is worth the price. 22 states use Ranked Choice Voting in some form, and every year that number grows.  Ranked-choice voting creates a more equitable government that is more responsive to the desires of the people.

“Ranked Choice Voting will actually democratize our democracy. We can see a lot more bipartisan and tri-partisan administrations.  I’m excited to see it in action.”

New Yorkers already use Ranked Choice Voting for the Democratic primaries. They called it the “unity” solution. The whole state deserves the same rights.

Ranked-choice gives a stronger voice to minorities and non-traditional groups. Establishment power brokers have fought these changes and tried to delay reform, but Ranked Choice Voting continues to gain ground.

There is bipartisan support for Ranked Choice Voting. Organizations like FairVote and RepresentUs have made inroads across the political spectrum. Democrats say Al Gore would have won in 2000 if we had used Ranked Choice Voting and the Second Gulf War would not have happened. Republicans say it would have helped George H. W. Bush win in 1992 when Ross Perot captured almost 19% of the vote.

“Now is the time for the One-Party State that is New York to share its “unity idea” with the entire state. That idea is Ranked Choice Voting.”

About The Sharpe Way: The Sharpe Way podcast was founded by Larry Sharpe, the 2018 Libertarian Party candidate for Governor of New York to help heal the nation’s political divide between liberals and conservatives.