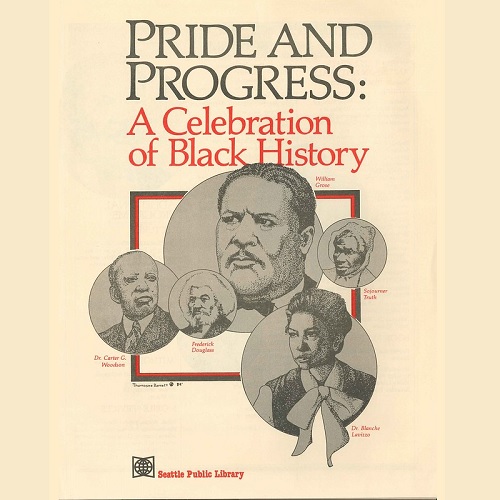 Every year in February, the country celebrates Black History Month. In 2021, it comes after a year of epidemic and months of protests, turmoil, and unrest.  I’ve spent a lot more time with my family than I anticipated back in January of 2020. My focus on Black History Month is a lot higher than usual.

Frederick Douglas was a great man, and I have always considered him a role-model. His words are still inspiring, and he has wisdom and lessons for us, even though we’re in the 21st century. I’ve often wondered what he would say about current events.

Keep reading to find out more about Black history month, Frederick Douglas, and the unique challenges facing the Black family in 2021.

2020 hit the entire country hard. For me and my family, it was no exception. Starting with Coronavirus and lockdowns, the poor and vulnerable were hurt the worst. Many Black families are among the most vulnerable to economic turmoil, and the disease hit our community harder, too. A lot of economic progress unraveled before our eyes. It has hit Black women especially hard. While large corporations like Google and Amazon are doing well, Black entrepreneurs and small business owners have seen massive losses. Many have lost everything and had to close up shop.

The lockdowns were bad enough, but the killing of George Floyd made things worse. He was a man who needed help, but he died instead. Months of protests and riots followed. Most of the damage was confined to Black communities. George Floyd has become a symbol for all the Black men who have been unjustly killed, and his cause has resonated throughout the country.

Injustice in the Black community damages the entire country. I want the country to do better. We have made a lot of progress, and I am optimistic we can make further improvements, but right now things are getting worse. The problem is big, and it may seem like one person can’t make much of a difference. But you can make a difference. Each and every one of us can make a difference, and together we can turn this tragedy into a new opportunity for growth.

I believe in the American spirit, and in the potential for all Americans to come together in a crisis for solidarity and mutual support.

Black history month is a time to celebrate. We need to remember our history and the adversity we overcame and celebrate who we are. We survived slavery and Jim Crow, and we are better off than ever before. How did we get through those tough times? We came together as families, worked hard, and never gave up. While we still have a long road ahead, we also have cause for much celebration.

Black mothers and fathers have struggled and sacrificed for generations to build a better life for their children. Today we are closer than ever to realizing their dreams. Black history month is a time to remember what we’ve gone through, what we’ve achieved, and what we still need to accomplish.

To honor our parents and all the hard-working, noble men and women who came before, we need to be the best people we can be. We can create a world where children can grow up safe and get an education. Where they can learn and work and explore their entire potential. Frederick Douglas has always been a personal hero of mine. He was a father to five beautiful children.

I like to use this month as a motivational tool, and Frederick Douglas inspires me to work harder to achieve the bright future I know we can achieve. He is an inspiration to me and millions of Black parents around the world.

Rise Above Slavery and Pain

Frederick Douglas was a voice for the oppressed, and not just African slaves. He fought for freedom for everyone who was oppressed because he wanted to make the world a better place for his children. He rose above his former slavery and became a hero for everyone who was oppressed. He was a champion of women’s rights and was heavily involved in the movement to get women the right to vote. He visited Ireland and commented on the oppression there, making friends and expressing solidarity for the plight of the Irish. He fought tirelessly for justice and freedom and considered education to be the most important road to get there.

One of the most impressive acts Frederick Douglass did was to reconcile with his former owner. He opened his home to the man and invited him to share his hospitality. Frederick Douglas demonstrated by his own actions how we should treat those who have wronged us. It’s not easy to do, but our best hope is to unite with good people from every community and work for justice, peace, and equality.

Frederick Douglas is a hero for Black Americans and lovers of freedom and liberty everywhere. I like to remember him during Black History Month because I feel following his example is the fastest way to make the world a better place.